A new study found that children on lockdown experienced higher levels of depression and anxiety. 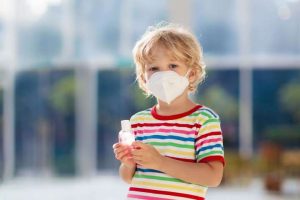 As lockdown measures persist, children may be at a higher risk of developing mental health issues, new data shows.

Students in Wuhan, China — who had been confined to their homes to slow the spread of coronavirus — reported higher levels of depression and anxiety that previous reports found, a study published on Friday in the Journal of the American Medical Association Pediatrics (JAMA) concluded.

Researchers from the Tongji Medical College at Huazhong University of Science and Technology surveyed more than 2,300 students in grades two through six in Wuhan — the epicenter of the coronavirus outbreak — and nearby Huangshi. Of those surveyed, 22.6% said they felt depressive symptoms while on lockdown. A similar study conducted in February, prior to the pandemic, found that 17.2% of children in China showed depressive symptoms.

Among students who were isolating, 18.9% reported anxiety symptoms, according to the study publishing in JAMA, which was higher than levels previously reported, the authors said.

The researchers said that restricting outdoor activities and social interaction may have contributed to the rise in depression and anxiety.

The length of the quarantine played a role in the mental health of the children surveyed, the researchers found.

During the pandemic, ۱۸۰ million students across China were confined to their homes. Some students were permitted to return to school sooner than others.

Of the more than 2,300 students surveyed in China, 22.6% said they felt depressive symptoms.

In Wuhan, students were forced to stay home for 73 days, between January and April. In Huangshi, the quarantine was 59 days.

“Their world was turned upside down,” said Julia Yeary, a social worker and director of Zero to Three, an organization that supports babies and children during the critical early years. “Their routines were all changed. They can feel the tension and worry their parents are feeling.”

In most cases, children are asymptomatic or experience only mild symptoms of the coronavirus.

In China, children have accounted for just 0.2% of the country’s deaths. In the U.S., children represent ۲% of cases and three children between the ages of 1 and 14 have died from the disease.

However, the researchers’ findings suggest that children will be indirectly impacted by the pandemic, since the mandated lifestyle adjustments can lead to kids developing mental health issues.

China’s students are back at school. But students in other countries still face many more months of school closures and other social restrictions. In the US alone, at least ۳۲٫۵ million public school students have had their education interrupted due to the pandemic.

To help support their children, and protect against developing mental health issues, Yeary said parents should encourage exercise and good sleep hygiene. More than anything, she said, children need to feel secure.

“Researchers have found children do best when they are experiencing stress when we help them feel safe,” Yeay said. “As much as possible, keep a routine. It doesn’t have to be rigid, but when young children know what comes next in their day they show less anxiety or problematic behavior.”