A psychotherapist says parents who raise confident, mentally strong kids always do these 3 things when praising their children

As parents, we want our kids to feel good about themselves, so we try to praise them as much as possible. 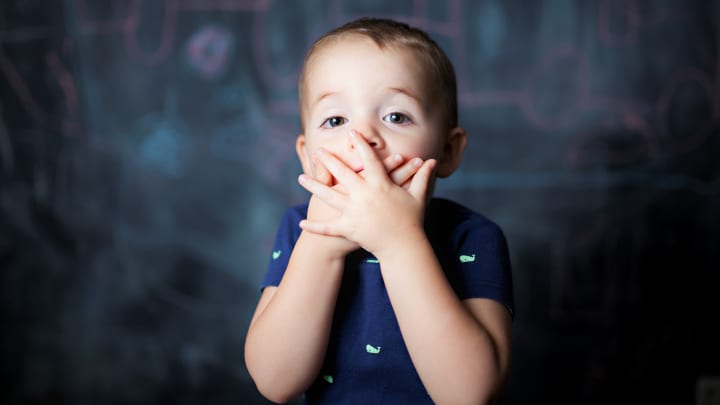 According to kids news agency, That’s not necessarily a bad thing. Research shows that there are benefits to praising kids. A simple compliment can generate self-worth and pride. However, it depends on what kind of praise we give, as well as when and how frequently.As a psychotherapist who works with parents and children, I’ve seen over and over again the negative effects of overpraising a child’s talent or outcome (“This looks amazing!” “You’re so handsome!” “Good job!”).
But these short, exaggerated reactions can cause kids to only focus on things that may harm their self-esteem. They might feel performance anxiety (“If I get this answer wrong, I am dumb”), for example, or believe that they are only appreciated for their appearance (“What if people think I look weird in this shirt? Then they won’t love me”).
So should you praise your kids at all? Of course. But there are right and wrong ways to give praise. Here’s what parents of confident, self-motivated and mentally strong kids always do:

۱٫ They praise the process

When you praise the process (e.g., the kid putting effort into a math assignment), instead of the talent or outcome (e.g., the kid’s natural ability to solve math problems quickly), kids are more likely to develop a positive attitude toward future challenges.
In the 1990s, Carol S. Dweck, a professor of psychology at Stanford’s Graduate School of Education, studied the effects of these types of praises. In one experiment, a group of children was told they were successful because they were smart, while the second group was told they were successful because they worked hard.
When the two groups were given a variety of puzzles, children in the second group were more likely to choose a harder puzzle. Dweck also found that praising the process made them more likely to feel confident in a task even if they made a mistake.

۲٫ They never make it a competition

Parents love to compare — we can’t help it! And sometimes, we’ll even tell our kids that they’re better than others (“You scored more goals than all your teammates combined!”).
Often, it’s done with good intentions. We want them to feel as proud as we do, and to be motivated to do even better the next time … but for all the wrong reasons.
It’s not healthy to be trapped in a vicious cycle of competition. Social comparisons can teach kids to always measure success based on the outcomes of other people.
Even worse, according to research, giving kids praise in terms of comparison, in some cases, can cultivate narcissism, attention-seeking behavior and a lack of teamwork values.
The better approach? Encourage them to compare their past efforts with their present efforts, rather than with other people. This gets them into the habit of shifting their goals away from being better than everyone else and toward self-improvement.

۳٫ They use observational language

Instead of saying, “That’s so good!”, you may want to say, “I love the colors in your painting. Tell me more about why you chose them.” (This is what it means to praise the process.)
Another example: Instead of saying, “You looked like a pro riding that bike!,” parents of motivated kids might say something like, “You were so careful and focused while riding your bike. Even when you wobbled a bit and almost fell off, you kept going! That was cool to watch.”
These simple language tweaks can help your kids feel proud of themselves for putting effort into something. It can also make them more excited to take on more challenging things in the future.
Lastly, it’s important to create an environment of emotional safety. If your child failed a spelling test, refrain from telling them they should have studied harder. Instead, ask them what they think they can do to improve next time.
Kids need to know that they can come to their parents not just when they’ve done something well, but also when they are struggling with a specific task or challenge.
Jessica VanderWier is a psychotherapist who works primarily with families and children. She is also the founder of Our Mama Village, where she offers parenting insights through online courses, personalized coaching and free resources. Jessica lives in Canada with her husband and their two daughters.