AstraZeneca’s UK vaccine trial on kids comes to a halt

A trial of the Oxford-AstraZeneca Covid-19 vaccine on children in the UK has been paused even as the country’s medicines regulator probes a possible link of the vaccine with rare blood clots in adults, the media reported. 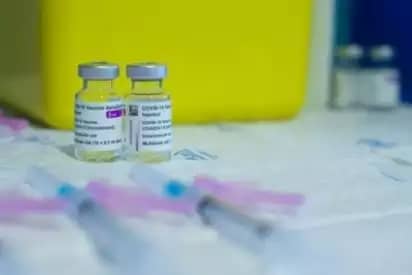 According to kids news agency, The trial, which started in February, is evaluating whether the vaccine generates a strong immune response in those aged between 6 and 17.

While the trial has been paused, Professor Andrew Pollard from the University of Oxford ruled out safety concerns with the trial itself, the BBC reported on Wednesday.What the scientists are waiting for is more information, said the report.

“Whilst there are no safety concerns in the paediatric clinical trial, we await additional information from the MHRA (Medicines and Healthcare products Regulatory Agency) on its review of rare cases of thrombosis/thrombocytopaenia that have been reported in adults, before giving any further vaccinations in the trial,” Pollard was quoted as saying by the BBC.

The suspension of the trial of the vaccine comes after a European Medicines Agency (EMA) official, speaking in a personal capacity, said there could be a link between the coronavirus vaccine developed by AstraZeneca and very rare cases of blood clots in adults, although it remains unclear what the connection is and the possible causes are likewise still unknown.Meanwhile, UK Prime Minister Boris Johnson said that Britain should continue rolling out the AstraZeneca vaccine despite concerns about occasional reported cases of blood clots.

He said that the current advice of the country’s medicines regulator, is to “keep going out there, get your jab, get your second jab” and “we need to keep that going”.

The vaccines are already “starting to have a beneficial effect on the trajectory of the disease”, said Johnson, noting the falling number of cases and deaths in the country.