Pentagon OKs Use of California Base for Housing Unaccompanied Migrant Kids

Activists demand that Mexico better protect the rights of people crossing the country, outside the Mexican Consulate in Los Angeles, July 3, 2014. The U.S. may house migrant kids at an Army National Guard base in California, the Pentagon said. 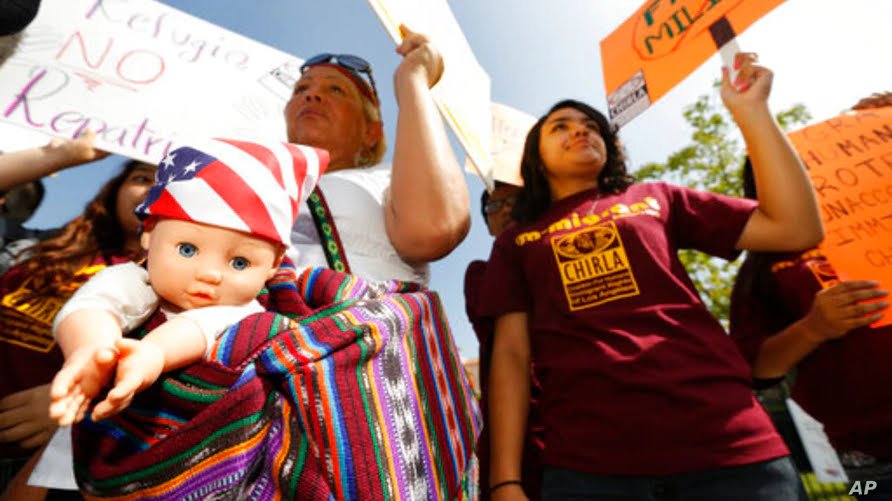 According to kids news agency, The federal government may house unaccompanied migrant children on an Army National Guard base in central California, officials said.
The Pentagon on Friday approved the use of Camp Roberts to temporarily house migrant children traveling alone, according to a defense official.
It was not immediately clear how many children, if any, are to be placed at the camp, which is along the Salinas River about halfway between Los Angeles and San Francisco.
The U.S. Department of Health and Human Services said Saturday that the camp was “under active consideration.” The department has not yet made its decision.
“When HHS decides to activate an Emergency Influx Site for unaccompanied migrant children, we will notify state and local authorities as well as members of Congress,” the department said in a statement.
HHS had requested the use of the base, Pentagon spokesperson John Kirby confirmed Thursday.
The California National Guard did not immediately respond to a request for comment Saturday.
۹,۰۰۰ children
Border authorities encountered more than 9,000 children without a parent in February, the highest figure for a month since May 2019, when more than 11,000 unaccompanied minors came to the border.
After being processed by the Border Patrol, they are transferred to HHS. They will eventually be released to a sponsor, usually a parent or close relative.
Unlike adults in many situations, all unaccompanied minors are allowed to stay in the U.S. That dynamic has prompted many parents either to send kids on the journey to America alone or to get to the border and send them the rest of the way alone. Most children end up at least temporarily in shelters that are currently way beyond capacity.