29 فروردین 1400
In the hope of vaccines, despite the increase in cases

Pfizer is working to get its coronavirus vaccine approved for kids as young as 12, at the same time that health officials are reporting increasing cases among young people. 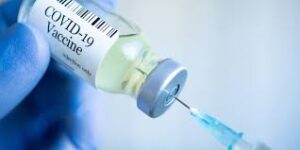 According to kids news agency,It’s a national trend that we’re seeing in Dane County, as well. Public Health Madison and Dane County says during the most recent two-week period, more than 16 percent of all cases in Dane County were kids under age 16. During the rest of the pandemic, kids under 16 made up less than 10 percent of cases.
“We’re concerned that those individuals who are the transmitters are going to start to come into contact with some of those older individuals, or people that have comorbidities and are at risk for worse disease,” said UW Health’s Dr. James Conway.
Dr. Conway said it’s hard to say when Pfizer could get approval to lower its vaccination age. Right now, Pfizer’s vaccine is only approved for people 16 and older. The Moderna and Johnson & Johnson vaccines are approved for people 18 and older.
“We’re in uncharted territory here,” he said. “You know, we’ve never had vaccines approved under these emergencies authorizations ever before in history.”
Dr. Conway says most vaccines take five to 10 years to develop, and then the FDA takes almost up to a year to do a full review.
“To be honest, I’ve always found that to be a little ludicrous and a little overly bureaucratic,” he said.
The Emergency Use Authorization process, Dr. Conway said, is very similar to the process the European Union usually uses to approve vaccines. He believes it to be rigorous and safe — especially in the case of these coronavirus vaccines.
“The FDA has been sort of scrutinizing things all along,” he said. “So it’s not like they’re all the sudden having this huge packet of stuff dumped on them all at once.”
If all goes well, Dr. Conway says the vaccine should be ready in time for school next fall.
“I would hope that we would have full approval for vaccination down to age 12 by middle of the summer so that we could be immunizing kids in anticipation of a normal fall semester for them,” he said.
Those vaccinations can’t come soon enough, though, as cases among young people are rising.
“Especially in the 14- to 17-year-olds in the pediatric age groups,” said Dr. Michael Gutzeit, chief medical officer at the Children’s Hospital of Wisconsin.
Dr. Gutzeit says the new coronavirus variants, particularly the B.1.1.7 variant first found in the UK, spread more quickly and are more likely to cause infections in kids.
The good news, though, is that the kids who are eligible right now are getting vaccinated.
“About 10 percent of those 16- to 17-year-olds have received at least one dose of vaccine,” Dr. Gutzeit said. “So there seems to be excitement and enthusiasm for wanting to get the vaccine in that age group.”
Until younger kids can get vaccinated, though, they’ll need to work hard to drive case numbers back down. A particular area of concern is sports games and social activities kids are participating in, which officials in neighboring states like Michigan and Minnesota are worried are directly raising case numbers.
“As we watch the cases rising in number, we’ll want to be very cautious about allowing more activities that might promote gathering and might also cause more spread of the of the virus itself,” Dr. Gutzeit said.
Dr. Conway said a return to normal activities needs to be done carefully.
“I think that people need to look at these other activities that are more sort of social and sporting things and make sure that people understand that they still need to do all their other mitigation activity, even if there’s no vaccines available for them yet,” he said.